GH Scientific Study Group
Experts identified by the GloBE-Reg Steering Committee were invited to form a GH Scientific Study Group (SSG) in early 2022. The SSG has several tasks including advising on the data fields in the GH module, testing and using the GloBE-Reg platform and developing studies that can be performed in the short-term as well as over the longer term. Importantly, the GH SSG has embarked on the development of a recommendation for a core dataset that should be collected in all children receiving rhGH therapy. The SSG also has representation from patient associations as well as experts from the GH Research Society. 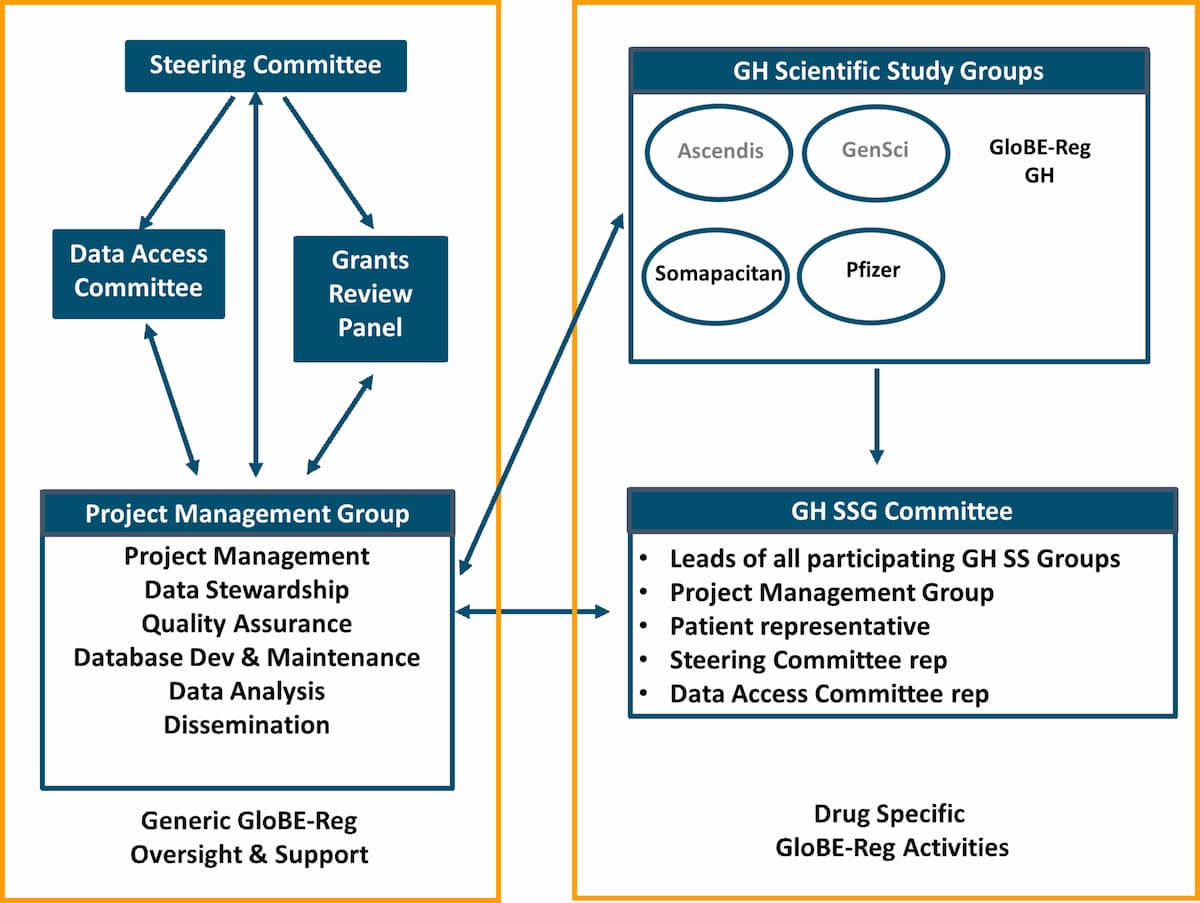